The Summer Academy 2019 took off. Every day we have a blog message of a participant of another organisation. Today Nikola from Youth Can, Macedonia.

We had an active first day and all the rituals and responsibilities you do at things like this had a pleasant twist. It was exciting and overwhelming to see such a large network meet to work on a common goal. At first I thought that it would be a bit hectic with such a large group, but then we started our first small group session and all worries disappeared. It was general basic things you do at 'events' like these, such as setting group rules, learning about German law and things that we will need to work smoothly in the following days. However, even though it was procedural I felt that it was very constructive and it set a nice little foundation.

It was exciting and overwhelming to see such a large network meet to work on a common goal.

After that we learned about the SAME network, structure, values, the whole lot. There were teams of 9 people and we went from point to point solving challenges and getting info along the way. It was really fun and yes to brag our team was really fast. Of course, it wasn't a competition wink wink. Later, we had a world cafe session where we presented our organisations, and it was very charming to see us all showing interest in each others organisations. It was like a bee hive, running from stand to stand. After that (and a bit of break) we had a party and played board games. We had fun and learned a bunch more about each other and some cool new games. It was a fantastic ending to a great beginning! 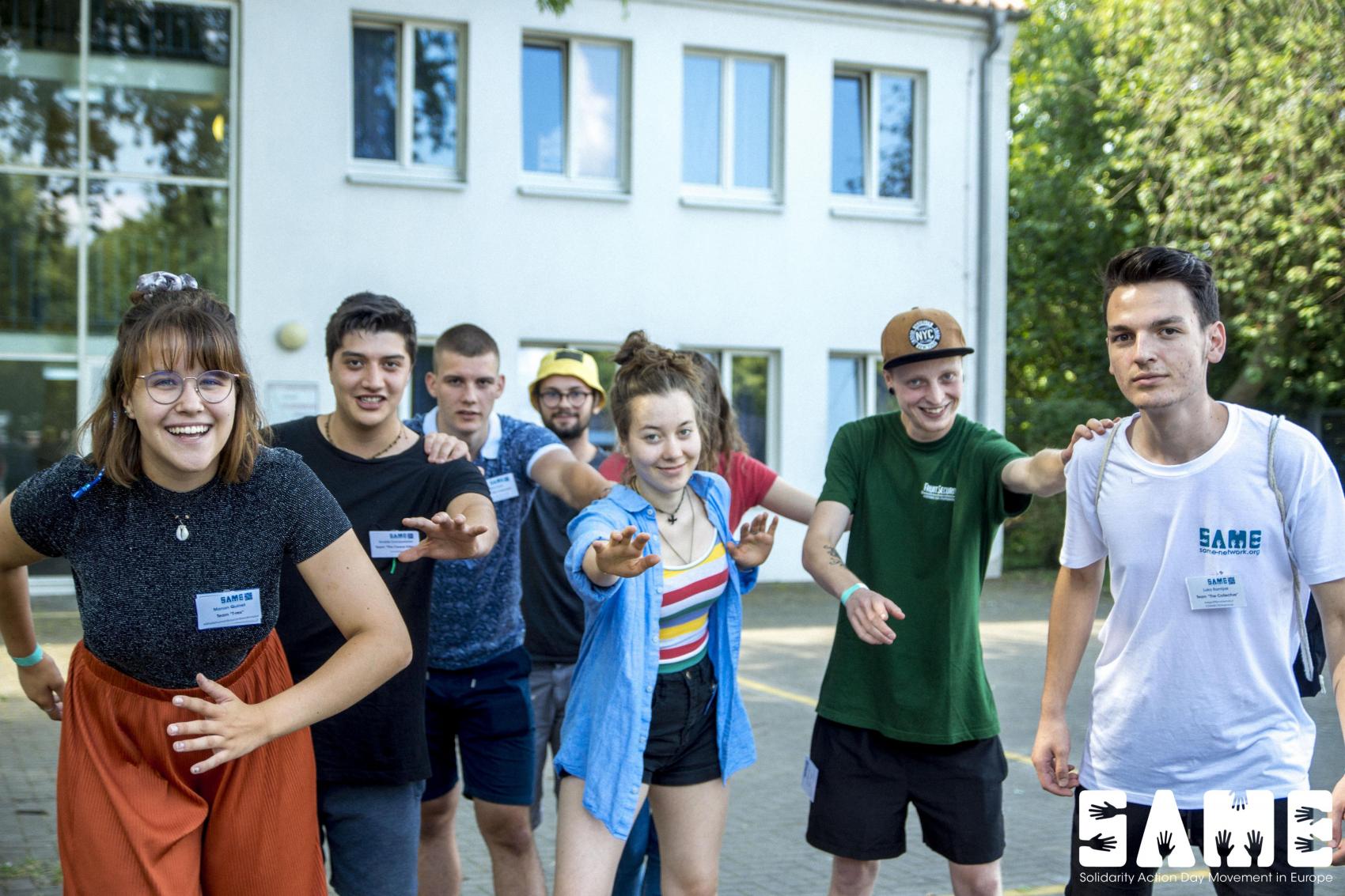